I have looked in my Track Back as to where my blog is being accessed and found links to MANY MANY Russian and Georgian online newspapers and forums and they are ALL talking about my Georgia blog and they have ALL twisted my words and quote conveniently around to their advantage. Same story but Russia twists it around to make Georgia look bad, and vice versa. I was also told by a girlfriend on Facebook who lives in Belgium but also has a flat in Georgia that many papers in Georgia have reported about my blog. ALL trying to start shit. This is so fucking pathetic. They have no permission to use my photographs and shame on them for twisting my words around and even misquoting the President making him sound evil. Get a fucking life people, seriously. It proves one thing for sure, the media is the same all over the world- full of liars, fabricated stories and SHIT.

Disclaimer for the whiners:

1) I didn't create these images, I found them online

(2) I haven't a racist thought/bone/cell in my body. Like Lisa Lampanelli, I have a shrewd sense of humor.

Q.
Hallo Dr. Dot. I read the ExBerliner magazine every month, and your column is the first page I
turn to. Honest. I have a quick clean question. I am a single, never married 45 year old Hispanic
male, well educated (2 degrees), not bad looking I am told, good shape (like to work out) etc.etc.
but I cannot find a date. You have heard it before I am sure. I am thinking of taking dance classes
to possibly meet interesting women. Good idea or bad idea. What kind of dancing should I learn.
I have no experience at all with any type of dancing. How should I approach this decision? Thank
You very, very much Dr. Dot.
Pimpin’ Pedro

A.
Dance classes, along with cooking and yoga classes are excellent places to pull. Salsa lessons would
ensure you meet lots of ladies who either already have a fiery rhythm, or want one. Such classes
are usually predominantly female and you would end up a popular dance partner. It's tough finding
love in a big city but as a single male, the odds are on your side (lots of gays mean, lots of single
ladies). Make sure your breath is ALWAYS fresh and buy a fresh scent: 'Angle Men' (A-men) from Thierry Mugler
or Fahrenheit from Christian Dior, these scents make women weak in the knees.

Q.
Is it gay for a guy to pee sitting down?
Lazy Luke

A.
Having dated a few European men, I can tell you, it’s rather popular over there.
Maybe their wives have more effective ways of threatening them if they leave the
seat up. But then again, peeing while sitting down enables you to:
– Make sure you get all your piss in the bowl
– Takes the weight off your feet
– Requires less concentration
– Getting your face ripped off by females for leaving the seat up doesn’t happen
– Gives you the option of an unplanned dump, should the need arise.
What's not to love? Why let a position define your sexuality? I say go for it,
no one is supposed to see you do your business anyways. The only disadvantage
is trying to stuff your morning stiffy down into the bowl.

Q.
My wife, god bless her, is 56 and still has her regular periods. When will
it be safe to stop fucking her with a Johnny?
Condom Hell-Holger

A.
You should be happy and proud that you married such a
healthy, ripe woman that still ovulates at age 56. This means she can still get
pregnant, but from the sounds of things, you two have thrown in the procreating
towel. If so, why not get snipped? Or she could have her tubes cut and tied.
You could also have her start taking birth control pills OR use the 'Persona' method.
A preventive device found in every Pharmacy (also called Clear Blue). 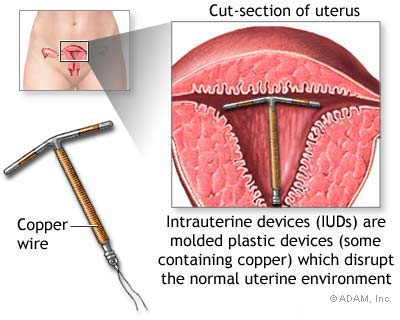 Q.
I am in a difficult relationship, well not difficult but a confusing one.  At first
we were friends, mostly via the internet, and then when I moved closer to him, we
started to see each other a lot more; we have been seeing each other (fucking) for
the past 3 months.  I know that he likes me and he tells me so,  he tells me that if
I was closer to him I would be his girl or he would be seeing me everyday; however
when he returns home it’s a different story.  He only will communicate via IM or
myspace and speaking of that I’m last on his list.
Sometimes I feel that he just doesn't want to be bothered…and considering we are friends;
I will say, hey? do you need some time alone? (instead of making me sit in front of
the damn pc while he is busy chatting with other ppl)..he just says, don’t be silly but
then…I end up sitting and waiting.

I have confronted him in a nice way of course and asked where do I stand with him?
His response was that, he is confused and unsure what he wants at the moment.  I asked
him if he is keeping his options open?  His response is NO.  He also states that, he
wouldn't like it if I was with someone else…because he wouldn’t be with someone else.
This is just confusing again!

This is hard for me because I am so in love with him and when he is here I know he is
mine it’s when he is gone that I feel lost and confused and hopeless.  I don’t want to
loose our friendship but I just don’t know where I stand with him or what he wants but
then again, neither does he.
Blinded by Love,

A.
My advice, start seeing other people as it sounds to me like he has another, even if he
says he doesn't. It’s been said “women can fake orgasms, but men can fake whole relationships”.
If he was that into you, he would be begging you to move closer, to let him move near you,
or to at least see you more often. He would call, rather than chat with you like an online buddy.

When a man is in love and hell bent on making sure the girl is HIS, they don't behave like
the wanker you are describing. Sorry but I don’t sugar coat. He is taking advantage of you;
open your eyes and realize you are just his fuck buddy and nothing more.
Get gorgeous, get busy and stop "waiting" around for that indecisive fuck face.

Crazy busy the last couple days, landed in Berlin, didn't even unpack as I fly today to Rock am Ring, somewhere in Germany (Nurnberg?) There are many bands there and I will be busy massaging and it won't feel like work, as I will be in rock and roll heaven. Saw Jasmine a few times, which is paradise for me. Berlin is hot and sunny, perfect weather.

I was going to be body painted by the same company that painted me before, but they totally flaked out, as in, didn't call, answer emails, etc. They quoted me 450 euro for the painting, which I agreed to, then later said "well, it will be another 85 euros in tax". That is around $150 at this point so I moaned about that and I suppose that is what made them flake, that and the one email that explained it would be TOO MUCH work, etc. ugh! This is how the front would have looked:

I would have perhaps been allowed to introduce the band (KISS) on stage in my body paint this coming Monday when they play Berlin. Fecking lazy ass body painters.. KISS my ass. I promised Doc and co. that I would just come dressed in my nurse uniform to make up for the lack of body paint.

AGAIN, Berliners NOT into making cash. They are not as ambitious here as they are in NYC, that is for sure. Nice for them I suppose, they chill, relax, never break a sweat, don't worry about tomorrow, but dealing with such people irritates me as I am so on the ball and ready to work; LOVE to work and I find it hard to understand people who avoid work.

Some of my friends give me shit that I don't have time to answer their emails, which are simply silly jokes, but then again, those friends are unemployed, live with their mom and haven't a care in the world. Must be nice!? Eh, I don't think so, work makes me happy- guess I am a freak, but then again, if you watch Gene Simmon's Family Jewels show, you will see he is also LOVES work, so  I know I'm not the only one. Sigh.

Anyways, got a flight to catch, not bringing lap top (for once) either. Rock am Ring, here I come

"and we're so dumb they're lining up at our door"

The following is a tiny slice from my book ” Men snuggle to fuck and women fuck to snuggle” it has yet to be released, so this is freshly baked, just for you.