Q.
I am dating a guy, since 3 weeks now and he keeps talking about his ex.
He has shown me many pictures of her, some nude ones as well, and she is
fucking gorgeous and it makes me feel inadequate. Now that I think back,
most of the men I have dated have pulled this shit. I am always polite and give compliments,but inside I
want to (a) rip up the cunts picture (b) knee the guy in the balls for showing it to me.
How can I  stop such ignorant behavior without coming across as insecure or bitchy?
Sick of it all Sally

A.
It’s ridiculously easy to get pictures of giant cocks online. Craigslist is
famous for having people post nude pic’s of themselves. Find a picture of
the biggest cock you can find, hell, most guys who have monster cocks are
happy to send them to any curious female  (or male for that matter). Print it out (or save it on your computer) and
when a guy shows you pictures of his hot ex girlfriend, show him the monster cock and say
“well, this is the only picture I saved of Dan” (< insert any name). That will shut him the fuck up.

I totally love my wife, but the sex is FAILING…she'll let me do whatever I want,
most whenever I want, but she does nothing in return.  NOTHING.  It's miserable.
Like spankin' the monkey.  We're both working hard and have a busy family.
What should I do?  Is there no way out? Does this mean it’s time for an affair?
Divorce?
Fucking the Boring Golden Cage

^ Help her live out her fantasies 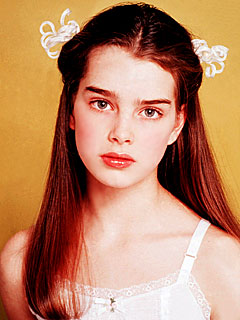 Q.
I've been dating my boyfriend for five months now. It’s actually no longer
dating but a serious relationship. We have talked a lot about our relationship
and he told me that he can see a future with me, which I am very happy about
because he is an amazing guy and I really like him. So here is the
problem, we went drinking the other night and he told
me that he doesn’t like my bag because its ugly. I didn’t get offend after all he
is my boyfriend I want him to be honest. But he also told me that he had spoiled
his exes in the past. He told me he got one a Gucci bag and a lot of
other expensive things. He also said that he spoiled them all but me. I don’t
know how I should take this. How should I take this?? I'm not a materialistic
girl but I feel that it’s so unfair because I have done a lot more for him in
these 5 months than his exes ever could. he's the one with the well paid job
but I’ve been the one spoiling him and he claims that he can see a future with
me and didn’t with his exes yet he spoiled them and here he is telling me that my
stuff is ugly but hasn’t got me anything like he had for his exes. How should I
go about dealing with this? I'm hurt and frustrated. please help thanks.
Whipping Post Pauline

A.
A lot of men start out spoiling their girlfriends, and unfortunately, each time
they get hurt and/or burned, the toughen up, become harder, more jaded, but that
is how they become a man, one that can focus on his career and then his girlfriend,
not the other way around. Face it, if a man is completed besotted with his lady, he
is soft and may find it hard to concentrate on his work, which in counterproductive
if he wants to take care of his lady and their future children. It's hard for men in
that sense; they want to be kind, but have to protect themselves from being turned
into a powerless wad of jelly. A good man concentrates on work, but is still kind and
attentive to his lady. Some lose balance and decide "I am never going to be that
generous and sweet again; the next girl will suffer and know who the boss is!” This
is indeed unfair to the next girlfriend, who is; in this case you with the ugly cheap bag.
You have to let him know it is ignorant to tell you about spoiling his ex's and it's like
throwing pearls at swine, bragging about the expensive gifts while degrading your
accessories (only gay men even notice a fucking hand bag!).
Write him a note and say the only time you want him to mention bags is when he is
buying you one or putting his “bags” on your face. Just because you are into this man,
doesn't mean you have to put up with that arrogant behavior. He was obviously hurt by
one of these Gucci loving bitches and is taking it out on you. Mention that you too
deserve to be spoiled, and it doesn't
have to be with material items either. If he won't spoil you, make yourself available
for the one who will.

Q
I’m the mother of 2 young women. I never tell them when
or with whom to have sex, simply because I know I can't control this, and they will
do what they want or need to do. I want them to be good people who enjoy sex
and every other part of their lives. I have always been open with them when they have asked
any questions about sex and relationships. So, between me, their friends, the pop
culture and the internet, I know they have any info they need about sex and relationships
-short of the hindsight gained by good and bad experiences of their own. I am most fearful
though that my opinion about something going on in the life of my 20 year old, is the wrong
one for a mother to have. Nonetheless, it is my opinion.

She is in love with a 44 year old married man.
They would probably be a fine couple. I have told her that it might be the best thing
to back off because she will ultimately not be able to feel good about being a wedge between
two married people. This woman (his wife) could be her, could be me, could be her friend.
And, would it ever be possible for her to be trusting of a person who has cheated on a wife
or someone he has made a commitment to?

I can't say that she's making a wrong decision, because I am not my daughter.
She was born with the maturity of a 21 year old, and this man (I've not ever met him.)
is a youthful 44 year old with the spirit of a 21 year old. He is not a player.
I've checked him out without his knowing so.

Are my Morals out of whack? Am I being too
"Non-judgmental”? I’ve told her all of the drawbacks of this situation but
I want to support her and I know of others enjoying age gap relationships, like Celine Dion,
Michael Douglas, Nicolas Cage, etc.

I have been married for 25 years and there isn’t any divorce in either of
our family histories. I am pretty sure that there has been cheating whether hidden or
accepted in those histories. I don't like cheating. It makes me sad just to hear of it.
Then there is Karma and another man or woman with a potentially shattered life.
Why am I not preaching to my daughter about "morals"? Tell me please, I can take it.
Momma Karma

A.
Young girls love to see how much power their pussy has: Could it lure another man away
from another woman? Could it break up a marriage? Can I make boys buy me things with it?
It's a big power thrill and an incredible aphrodisiac.
Flirting with and/or fucking a married person is like playing with fire. There are enough single
people around to seduce. The unhappily married person should have the balls to end their marriage
before starting another relationship on the side. I am against marriage in the first place; just
the pressure of being so tied down makes most want to stray at one point or another, so why fucking
pretend? Sure, being married makes it nice for the kids at school and gives people a tax break,
but it's an old fashioned tradition that ends in divorce more that 50% of the time.
If he did leave his wife for her, she would have a new title: "home wrecker" and most
of the time, when a man leaves his wife for his mistress, the mistress gets bored, as the challenge
is gone. Buy a copy of the book called 'The Rules for your daughter and leave it in her room.
It's not the greatest advice, certainly not as modern as mine but it will show her that she is in fact,
getting the short end of the stick. Don't be a friend; be a parent and tell her you don't approve.
Karma will prove to her that it's not a good idea to touch other women's men, as what goes around,
will in fact, come around.

Q.
Tell me why, why, why every single website that involves sex winds up (quickly)
with the guy getting a blow job?  I am straight as an arrow, but since I love
having my tits sucked long and hard, sometimes I would like to watch before my
boyfriend comes over to get me started.  I look for sites with strictly tit
sucking and find virtually nothing.  It says, "watch the blonde get her tits
sucked just before she goes down on the guys cock"?  Give me a break.  How about
something to get the girls going"?  Maybe I should write a sex story about it.
I did that for a friend of mine and he said every time he reads that e-mail
again, he gets off.  It almost all of it is about having my tits hanging in his
face and him working them over.  Must work for some guys too!  Thanks.  Your
column is great!