Q.
My man and I have sex very often and for the most part it’s good. But in the past
2 weeks, he has lost his erection twice during intercourse. I have 2 kids and
he is a little on the smaller side. Could it be that my vagina isn’t tight enough?
And he isn’t feeling me?
Loose Loretta 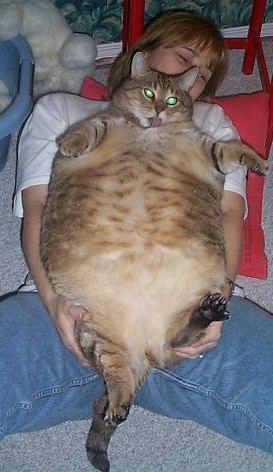 < Some are proud of their large pussy

A.
You could be jumping to conclusions.
Some men lose their erections when they are stressed out from work, relatives and/or
Financial worries. Some find it hard to even fuck when they know kids are within ear shot!
One day while driving or taking a walk, ask him if he is happy with your sex life, it’s best to
ask this outside of the bed room as direct eye contact is sometimes too intense, like when
you stare a dog in the eyes too long, they get uncomfortable and often get angry due to fear
and pressure. If he says he is content, just leave it be. Tell him if you are satisfied or not,
and if not, what he could do to make things better.
If you think your pussy is too lose after two kids, you could get Vaginoplasty, a procedure in
which the Doctor sews your snatch up a bit, makes it tighter, like a virgin again. Downside
is you can’t have sex for 6 to 8 weeks, but you can still give your man oral to keep him happy.
But in the end, altering your body in anyway should be for your own happiness and comfort, not for anyone else.
Q.
I have been with my boyfriend for over two years, living together for one of those years. Although we love each other,
we are talking about splitting up. The problem is that we each don’t get something we greatly desire out of the
relationship: I want a more sociable companion and he wants a woman who genuinely enjoys dick stuffed far into
her throat and fingers and cock in her ass. He’s never going to be more sociable, and I will tolerate his preferences
in bed but not welcome them. Although we’re both in our thirties, neither of us is mature enough to know if this is
stuff worth breaking up over. We both feel like we might be missing out on meeting someone who satiates these
desires (but we both recognize how rare it is to find someone who you get along with on many other levels). What do you think?
— Tightass

A.
I hate having things shoved in my ass, fingers, cocks, toys etc. Some men like the ass play because it’s so dirty and taboo,
others love to stick things
in women’s asses, or brutally cramming their cock too far down their throats simply love to dominate them.
(They associate pain with power and love). If they know you hate it and know it is painful for you, yet they keep trying,
it means they don’t fucking care how you feel and love to be the boss.
Inferiority complex they picked up along the way in childhood, boo fucking hoo.
He is obviously the boss, as he won’t budge. You compromise by letting him penetrate your sacred ass as you know
he likes it. Yet he won’t socialize?
Sounds like bullshit to me. If you feel the need to stay with him, as you fear someone better may not come along, then
stay with him but tell him your ass is off limits from now on. Tell him it was bleeding the other day when he went to work
and you went to the Doctor and he warned you not to do it anymore, or tell him it gives you diarrhea,
nobody argues/questions diarrhea, it’s like a trump card. Or if you have the balls,
just say you are fucking tired of the ass play. EXIT ONLY.
Q.
My boyfriend and I have been dating for 3 months, everything’s has been wonderful. He is really romantic, generous
and we have starting having sex and it is good!
Now last time we were alone at his house we were playing around in his bathroom, he said he wanted to watch me shit.
I let him watch it felt really weird. In bed that night he told me next time he wants to put glass over the bath with him lying
under it and watch me shit onto it. I really like him but I am not sure about where this will lead. I don’t want to spend the
rest of my days shitting on glass. Is this just a one off thing or a phase? Help! I want my man, but want him to be at least kind of normal.
Shit scared Sarah

< Not everyone likes it  doggy style